What People are saying

“Love where you live!. Each client experience is unique and leads to a one on one relationship over time. There is no set approach and I adjust to my client’s changing needs as we get to know one another better. My success lies in the personal attention I pay to each one, having been in their shoes at some point or another and working together we come to a place where they can find new happiness. I proudly share these personal stories and wish to share yours once we’ve had the opportunity to work together.” 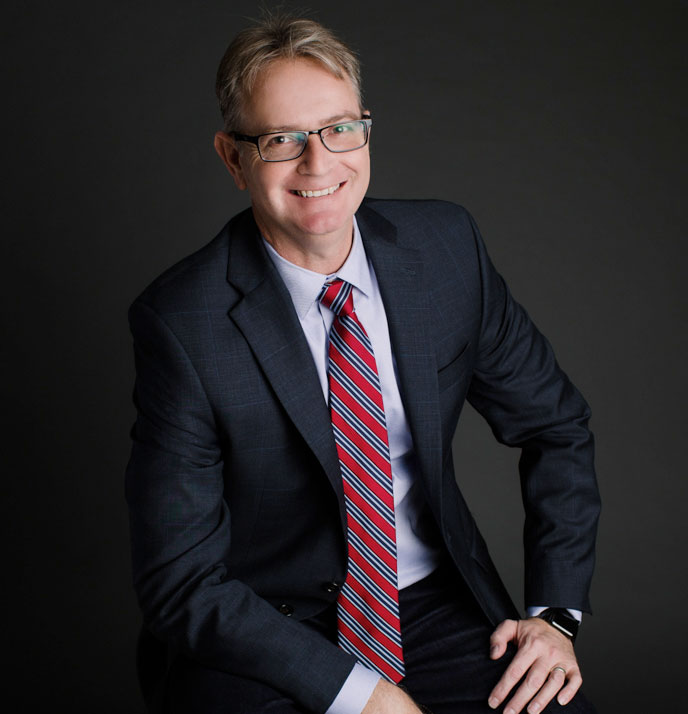 “Alan was an amazing support for us when purchasing our new home. When we finally found the home of our Canadian dreams, we found that we were naive to the quick-paced and very specific localized requirements as this was our first property purchase in this country.

After engaging with Alan, we soon realised that there could have been many oversights on our part. He is clearly driven by delivering value for both buyer and seller and, in our experience, is an expert at valuing a fair offer that promotes closing a deal efficiently. More importantly, Alan has the unique ability to preempt seemingly unforeseen requests and prepared us extremely well so that the process ran smoothly. We couldn’t imagine a better experience.”

On Top of Toronto

“Moving to Canada was the biggest step both Matthew and I took together as a couple. The entire process was testing. We took the leap of faith and trusted Alan with our relocation plan. This was probably one of the best decisions we could’ve made.

Finding a home prior to landing was essential for us. We provided Alan with our accommodation budget and a short description of what we were looking for in a home. He was super patient with us and answered a million questions. We were sent pictures of all the apartments and videos of the surrounding areas that Alan went to scout for us. Alan assisted and guided us through the application processes and eventually we were approved. Our apartment is beautiful and it ticks all of our boxes. Matt and I would definitely do it all the same if we were to redo it.

Alan not only assisted us in finding a home, he also took us furniture shopping. This is where friendships are made! Matt and I were introduced to “The Johnsons”, who are now our best friends. We went on a shopping expedition. It was loads of fun! Alan has so much knowledge to share – and his mattress purchasing negotiation skills are lit!

As I have mentioned before, if we were had a redo, Matt and I would definitely do it all the same every time.”

“Alan went through great lengths to make sure that my husband and I found our perfect next home. I think he knew what we wanted more than we knew ourselves! He’s honest and one of the most helpful people we know.”

“Moving to Canada was a very big decision and the entire process was very stressful. But luckily for social media and people with big hearts like Alan we managed to survive this big move.

Alan and I were in contact long before we arrived in Canada which was great because we “knew” at least one person in Canada.  Alan fetched us at the airport with a big smile- not only did we feel welcome but we also felt at home. He drove us to our Airbnb and even had a bag of groceries for us.

In the days to come Alan helped us connect with other South Africans to ensure we become part of the community. If that was not enough he drove us up and down looking for a place to stay until we found our perfect place.”

“Alan is a true professional and an enormous resource for anyone looking to buy a house and/or relocate to the area. He goes above-and-beyond and really cares about his clients, highly recommend Alan as your realtor!”

“Our biggest regret was not finding Alan sooner!

We started looking at potential rentals a couple of months before we were due to land  in Toronto and had arranged some viewings before we left South Africa. Upon arrival (with our 4 year old and 13 month old, two dogs, staying in a one bedroom place), we were informed that all the homes we were interested in had been leased, and we’d need to wait a few days for new viewings to be arranged. We reached out to Alan who immediately reassured us that he could help. The next morning, he took us to see 4 homes, securing us one of them a day or two later.

Not only did Alan ensure that we found a home we were happy with, in the area we wanted, he also advised on everything else and made us feel like we had a plan and could get things ticked off without much stress. He was so generous with his time and energy and his incredible support was unexpected, but so appreciated.

We would encourage anyone who is moving to get in touch with Alan – his continued guidance over the past 6 months has really made starting our new life in Canada a lot less difficult than it would have been. We are so grateful!”

“When we decided we wanted to buy a home we never realised what exactly it entailed. We came with the mindset of what we knew. open house, properties on the market for months, time to negotiate the price down, waiting for the bank etc. That is not how the Canadian property market works. Immediate offers, bidding wars, five days to get finance, home inspections, bank drafts, insurance was just a few of the new terms we learned on the fly. Alan Barber was an absolute star throughout this entire process. He found us our dream home, answered every single one of my million and one questions, was always available and willing to go look at just one more property. His assistance and guidance enabled us to navigate through the process easily, confidendently and problem free.

We wanted not only a house but a home for our family and without Alan Barber we would not have found our home and for that we would be forever thankful! If you are looking for your home, do not hesitate to contact Alan!”

“Immigrating is a life changing experience and you need every piece of help and advice along the way.

That was exactly what we experienced with Alan Barber. Months before we came over, Alan made contact and we discussed telephonically many topics and he gave us guidance on things that we never thought of.  On our arrival, Alan was at the airport to meet us and pick us up, and it meant the world to us knowing that after a 25 hour flight, there was a familiar face waiting for us. He took us to our Airbnb and packed us a food basket for the first few days.

In the coming days, Alan drove us around to help us sort out admin and to guide us on all the things you don’t know as a new arrival, like where to get cellphone contracts and where to shop for food.  He also guided us on our rental property, and through his guidance we got an amazing house in a good suburb close to a good school.

We can recommend Alan with an open heart to anyone who is in the process of immigrating. He made the process so much easier for us.  We got the distinct impression that Alan loves what he does and it gives him great satisfaction to help others. And best of all, we became good friends.”

Lucky to Lease B4 Landing

“My husband, 11 year old daughter and I have recently made the big move to Oakville, Ontario in Canada having moved from Cape Town, South Africa.  We had never been to Canada before and had no family on the other side to help support and greet us. The move for us was extremely daunting yet exciting at the same time.

We connected with Alan Barber via a Facebook group and he became such an integral part of our first few weeks in Canada, as well as before we even arrived.

Moving over with a child really has its additional stresses, such as trying to find them a school. In Canada, one needs to have a house in order for your child to be enrolled within a public school. Alan went out of his way to find us a rental whilst we were still in South Africa. After numerous Whatsapp house hunting videos and calls, we were successful and managed to secure a rental before we even arrived. Alan was really thoughtful and efficient in his responses, going out of his way to ensure we would be happy with our chosen home.

Upon arrival, Alan collected us from the Toronto airport and took us to our Airbnb where we were to stay for the first 4 nights before moving into our rental home. He provided us with a few bags of groceries and pre-made meals to see us through our first few weeks in Canada. The first week we spent our days shopping for our home. Alan provided us with insight as to where we should shop to find the best deals and what items we should shop for that would help us when living in Canada – especially during the winter months.

We would really recommend Alan to anyone looking for help, advice, and support when moving over to Canada. He is flexible in his approach to the families he helps and provides support in areas where families need this the most like housing, schools, budgets etc. Not only was Alan a great support and helped alleviate a lot of the stresses that comes with immigration, but he also became a great friend in the process!

Good luck to anyone making the move over, it’s not an easy ride but with Alan it is most definitely an easier one.”

“Emigrating to Canada or im sure any other country for that matter is not easy, in fact, it is the hardest thing I have personally ever done in my life. But Alan made the experience far more enjoyable and as stress free as he possibly could. My advice is, if you are using Alan to source a home for you and your family, he honestly knows what he is talking about and does this job as he has a passion for helping people and just wants to make the transition easier for you and your family. We are so lucky to have worked through Alan, he found us a beautiful home, close to reputable schools for our children and an amazing area with amenities close by, e.g. public parks, hospitals, shops etc – honestly picture perfect.

Thank you Alan, from the bottom of our hearts for everything you have done for me and my family. We don’t know how we could’ve done it without you!”